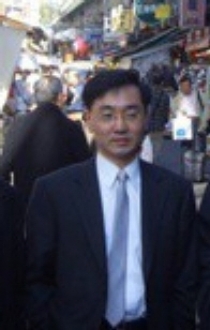 Hi! Nice to meet you! My name is Gwoang Ju Lee. called best friends. "Kensin" To introduce myself briefly... I live in South Korea, the country in the east. I was born in Seoul, the capital, and currently living in Seongnam. I live in the city, the state-of-the-art IT technology and medical technology development in the neighborhood of Seoul, the capital Located Seongnam Iran to live in the city. Representative in the county, one of the companies Samsung and LG.
I was 20 Educational Administration officials.
In addition, the University also attended at the same time.
Brothers, all three brothers during the second and youngest brother was born civil servants still remain in office.
I was the Ministry of Education, Science and Technology education officials.
In addition, I have three-year Korean army forward combat troops had worked as a non-commissioned officer.
Currently, My job as a director in a company.

Writing a book on the weekends mostly.
In the past, Korea Computer science technology qualification mainly wrote.
Hospital-related qualifications currently is writing mainly for science.
All Book Number (ISBN) to international literature, is kept in the National Library of Korea.
In addition, as a hobby and likes to travel, like history.
Like a walk in the park near Also like to watch movies in theaters.
Sports like badminton and table tennis, and camping with my brother and sometimes enjoy.
Climbing the mountain in the military in the past, a lot of walking around who disliked.
I like music is "The End of The World".
If the wife of the future to me, so if I bowled together to learn I want to see.
I also like novles Sherlock Homs and Remijelrable.
Who is also an actor, appearing in Mission: Impossible, Tom Cruise likes.
Like coffee, pizza, hamburgers and Chinese food, and Japanese food, Korean food, like
Favorite cola of course.
My dream in Korea established Medical Cente

I like very much popsong is "The End of The World". I like to wear suits.
It is of course about the attire of women feel the same way.
Bikini me really can not attract the attention.
If you're looking for the wife of the future,
Choose the bikini clad women
Is not a serious man.
If you think of the age difference between the two men have not got the love
It is also the fate.
"Mountains is mountains, and water is water."
I co-worker or family member, like a conversation with friends.
Of course, if I have a lover, I may have a lot of conversation with her.
Moving to government officials from General company director, company colleagues I am not married,
Do not believe it.
Do not even believe that I'm not married, I met women even.
This is a really interesting phenomenon.
If I marry foreign women, colleagues and friends will not even believe it.
You also does not think so?
Wise women here, I hope we may meet.